What if I was partially at fault for my car accident? 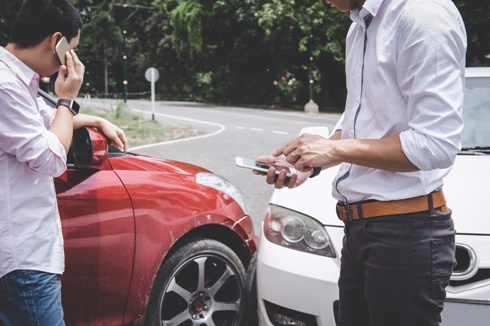 If you were injured in a car accident, getting compensation from the other driver’s insurance company depends on whether they are found to be at fault and how much of a role your actions played in causing the crash.

In Missouri, the courts follow something called the “pure comparative negligence doctrine.” Under this doctrine, the amount of compensation you may be awarded for your damages relates to how much your actions contributed to the crash.

The courts use a percentage-based system to determine accountability. Let’s say, for instance, that you exceeded the speed limit as you accelerated through a green light. Out of nowhere, another driver smashes into the side of your car—maybe they were drunk, or maybe they were texting. One way or another, they blew through a red light and hit you. However, the responding officer also cites you for speeding.

Because of your speeding ticket, the courts could assign you a percentage of the fault. Let’s say they determine that you were 10% to blame and your damages amounted to $20,000. The amount of compensation you can collect will be decreased by 10%, so your award will decrease to $18,000. That number can, and would, go down further if you were found to have played a larger role in causing the accident.

This rule also works in reverse: since you were partially responsible for the crash, the other motorist could claim a percentage-based share of their appraised damages, too.

The Other Driver’s Attorneys May Try to Trick You

However, this percentage-based system only comes into play if your lawsuit against another motorist or their insurance company moves to trial. And if your complaint makes it that far through the courts, there’s a good chance your opposition will have some legal arguments of their own. That means the other driver could simply claim you were at fault or otherwise more negligent than you really were!

The he-said, she-said of these sorts of cases is when it’s important to have an experienced car accident attorney on your side. Good legal counsel can help you obtain and inspect a wide range of pertinent information, including:

Missing one item or another could reduce your award by tens of thousands of dollars—or even cost you a hard-fought lawsuit.