Defending Clients Against a Variety of Theft Crime Charges

In Missouri, theft crimes can range from minor offenses to Class A felonies. Where you fall on the spectrum will determine the penalties you face. However, no matter how minor your offense was or how clear you think your innocence is, you should hire the best defense attorney you can find. Having a theft crime conviction on your criminal record can have a serious impact on your future. The criminal defense attorneys at Layton & Southard aggressively represent clients charged with theft crimes.

What Is a Theft Crime?

We learn about stealing at a very young age. Even a 5-year-old understands that it is wrong to take something that doesn’t belong to them. Even so, plenty of adults are arrested for 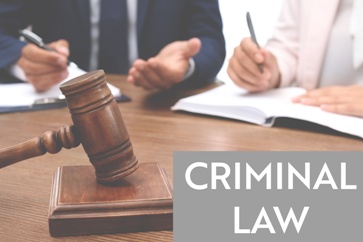 stealing every day. Sometimes, the person is wrongly accused. Other times, they stole out of desperation.

There are dozens of ways to commit theft and dozens of reasons for doing so. As your attorney, we will get to the bottom of the situation and craft the most logical defense possible to get the charges reduced or dismissed.

In Missouri, theft is a general term for a variety of crimes involving taking the property or service of another without the owner’s consent, with the intent to deprive the owner, or by deceit or coercion. If you take something that doesn’t belong to you or refuse to pay for a service you received, you could be charged with theft. The penalties you face depend on the value of the property or service you allegedly stole. If the value is less than $500 and it was not physically taken from the victim, it will likely be charged as a Class A misdemeanor. However, theft can be charged as a Class C felony if any of the following apply:

If you are charged with a felony, it is imperative that you hire a skilled defense attorney as soon as possible.

Robbery Is a More Serious Charge

If you are charged with robbery, that means you are suspected of forcibly stealing from another person. This differs from simple theft in that the victim is present. For example, if you steal a wallet out of an unlocked parked car, that is theft. If you steal it out of a person’s back pocket, that is robbery. Robbery is a Class B felony unless a weapon is used or the victim is injured. Then it becomes a Class A felony, and you are looking at up to 30 years in prison. Bank robbery is always charged as a Class A felony.

Another serious theft crime is burglary. Burglary specifically involves entering a building with the intent to steal. “Breaking and entering” used to be a requirement for a burglary charge, but now any time a person enters or remains in a building without permission for the purpose of stealing something inside, it is considered burglary. At a minimum and regardless of the value of property stolen, burglary is a Class C felony. If the suspect had a weapon, threatened occupants, or caused harm, the charge could be upgraded to a Class B felony.

Whatever the Charge Is, You Need a Serious Defense Attorney

Maybe you didn’t rob a bank or steal a car. You might even think you were justified in taking what you took. Whatever your story is, you need an experienced Missouri defense attorney to defend you. There might be extenuating circumstances or cause for dismissal, but without a skilled defense attorney to make these arguments before a judge, you risk facing serious consequences. If you have been arrested and charged with theft, robbery, or burglary in Missouri, contact Layton & Southard. We will listen to your story and fight to get your charges dismissed or reduced. If your case goes to trial, we will build the strongest possible case to defend you.