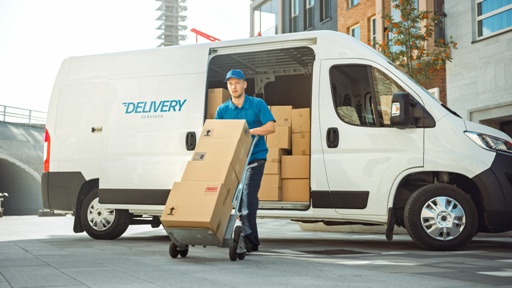 Missouri’s roads and highways get busier each and every year. Mixed among commuters, motorcyclists, and hobby-car enthusiasts are countless commercial vehicles. While most commercial vehicle operators do their jobs safely and responsibly, an unfortunate number are reckless, sleep-deprived, or otherwise distracted. If you have been injured or lost a loved one in an accident involving a commercial vehicle, you may be entitled to compensation for your medical expenses, lost wages, and future care.

Here, we take a look at a variety of commercial vehicles—and what you should do if you have been hurt by one.

What Constituted a Commercial Vehicle in Missouri?

Missouri has its own definition of what constitutes a “commercial vehicle,” outlined in state statutes. According to these statutes, a commercial vehicle is any type of motor vehicle designed or used for carrying freight and merchandise or which can carry more than eight passengers. The Missouri Department of Transportation expands on that definition, including vehicles that weigh more than 10,000 pounds or which are licensed to carry hazardous materials.

While most people think of semi-trucks when they hear the term “commercial vehicle,” the state’s definition is clearly much more expansive. A commercial vehicle may be any of the following:

What to Know About Commercial Vehicle Crashes

Filing a personal injury lawsuit against a sleep-deprived semi-truck driver is not always as straightforward as filing a personal injury lawsuit against a private motorist who had been texting and driving. After all, commercial vehicles are just that—commercial. The federal Department of Transportation and its Motor Carrier Safety Administration, for instance, have a thick, detailed set of regulations for semi-truck companies and drivers. These rules apply across the United States and mandate everything from regular maintenance check-ups to safe file storage.

Sometimes, a commercial driver’s negligence was facilitated—or even caused—by their employer’s negligence. In other instances, a defective part may have contributed to an accident. Since multiple parties may be involved in a commercial accident, a personal injury lawsuit may involve multiple defendants, too. While this may increase an injured person’s chances of receiving damages, it adds an extra layer of complexity to the case—meaning accident victims should only consult an attorney who is an expert on Missouri commercial vehicles crashes.

What to Do After a Car Crash

If an injured person is able to photograph the scene of the accident and collect any eyewitness contact information, then they should attempt to do so. However, medical treatment should always be a victim’s first priority: if they do not feel they have the strength or energy to gather evidence, then they shouldn’t try.

In many cases, a commercial accident attorney may be able to gather on-scene evidence themselves if they are notified fast enough.

One way or another, people who have been involved in accidents with commercial vehicles should always seek immediate medical attention—even if they do not believe they were injured. Since the shock and adrenaline of being in a crash can mask serious harm, a physician may be able to identify injuries that are not immediately apparent. Furthermore, seeking medical care bolsters your chances of filing a personal injury lawsuit since a company lawyer or insurance attorney may accuse you of exaggerating your injuries if you did not visit a physician until days, weeks, or months after the accident.

Possible Damages After a Car Crash

If you have been injured in a commercial vehicle accident and file a personal injury lawsuit, you may be granted the following types of damages:

Some lawsuits—such as those filed against a commercial vehicle operator contracting for the state or federal government—may be subject to a maximum damages cap. However, most Missourians who file personal injury lawsuits in commercial cases will be able to request whatever amount is fair.