What to Know About Distracted Driving Lawsuits in Missouri 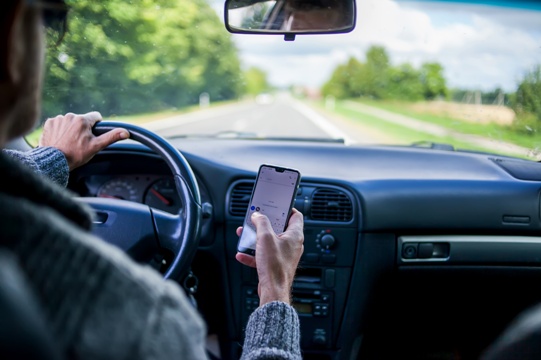 Almost everyone knows that drinking and driving is dangerous—yet many people do not hesitate to talk on the phone, eat a snack, or read their text messages while behind the wheel. Numerous studies have shown that distracted driving can be as dangerous as drunk driving, and yet disracted driving has become an increasingly common problem.

If you were injured by a distracted driver in Missouri, you might be able to file a personal injury lawsuit to recoup the damage to your vehicle, as well as the cost of your medical bills and lost income.

Oftentimes, drivers are distracted in more ways than one: someone who is texting may be visually, manually, and cognitively distracted. One way or another, someone who drives distracted will almost always be found at least partially at fault for an accident.

Taking a Distracted Driver to Court

Whenever someone wishes to file a personal injury lawsuit in Missouri, they must typically show that another person or party’s negligence was responsible for their injury. Distracted driving can be difficult to prove—someone might lie about whether they were using their cell phone or claim they were more alert than they were really were.

A Missouri car accident attorney can help collect the evidence needed to prove that a negligent motorist was not focused on the road. They will fight to bolster your case and try to maximize your award by:

Collecting Damages From a Distracted Driver

Missouri has no cap for the amount of damages that might be awarded in a car crash case. Injured motorists might request compensation for an assortment of damages. If they were partially at fault for a crash, then their settlement may be reduced. However, anyone who has been injured in a Missouri car accident can file a lawsuit against the other motorist, provided the other driver was at least partially at fault.

In some instances, an injury or damage might have a specific dollar amount—the cost of a physician’s visit, surgery, or a week away from work, for example. These sorts of damages are known as economic damages. In other instances, an injury or damage may be more abstract—an injured driver might want to be compensated for the physical pain and emotional suffering they have experienced as a result of the crash. These sorts of damages are known as non-economic damages and can be harder to prove in court.

Motorists may also be able to claim punitive damages if the other driver’s gross negligence—like driving drunk—was the primary reason for a crash. Punitive damages are intended to punish wrongdoing and may exceed actual damages. Depending on the circumstances of an accident, a Missouri car crash lawyer can help an injured person recover the cost of: