The Danger of Drugged or Drunk Truck Drivers 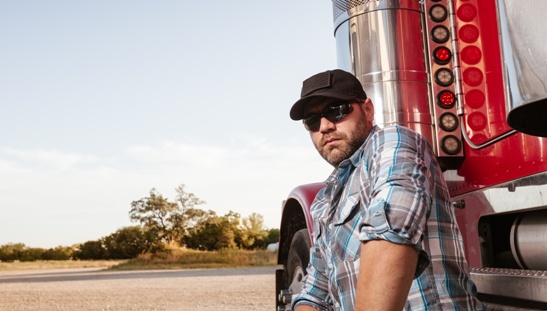 Professional truck drivers have responsibilities as big as their tractor-trailers. Since any miscalculation has the potential to seriously injure other motorists, truckers are held to a high standard by both state and federal law. In fact, the U.S. Department of Transportation requires that all truck drivers be regularly tested for both drug and alcohol use. However, no authority can stop somebody from making bad decisions, even when such decisions often have disastrous outcomes.

When Truck Drivers Are Under the Influence of Drugs or Alcohol

Everyone knows that driving under the influence is dangerous. Nevertheless, each and every day, people get into the driver’s seat after having one drink too many. Truck drivers, unfortunately, are no exception.

Any truck driver who is caught with a BAC exceeding 0.04% will likely be cited and may have their commercial license suspended or disqualified, too.

The Dangers of Drugged or Drunk Truck Drivers

Anyone operating any type of motor vehicle is a dangerous driver if they are under the influence of drugs or alcohol. Alcohol and many drugs can:

However, semi-trucks present a larger risk: when fully loaded, a tractor-trailer weighs around 80,000 lbs. This weight means it is much harder to stop a commercial truck than a motorcycle, SUV, or ordinary passenger car. So, when semi-trucks collide with other vehicles, the consequences can be severe—sometimes deadly.

An intoxicated truck driver may be more likely to cause the following sorts of accidents:

Finding Out If a Trucker Was Under the Influence

If you were hurt by a drunk or drugged truck driver, you should not have to pay anything out of pocket: not the costs of a car repair, hospital stay, or physical rehabilitation. However, proving that a trucker was under the influence at the time of an accident can be difficult—especially if the police did not check the at-fault driver’s blood-alcohol content.

A Missouri truck accident attorney can perform an intensive investigation to find out what the truck driver was doing before the accident. If they were drinking at a bar, spotted purchasing or consuming narcotics, or recorded driving in an unusual manner, this can strengthen a personal injury claim. We will also requisition the driver’s records and violations history to check whether they have ever been arrested or convicted of driving under the influence before.

Once we have gathered the evidence we need, we will determine who should be held at fault for the accident. While the truck driver will almost certainly be named a defendant, we may also be able to pursue damages against their employer and whichever establishment was serving the trucker alcohol.

Have You Been Injured in a Truck Accident in Missouri?

If you've been injured in a truck accident, you need to speak with an experienced truck accident attorney as soon as possible. Please contact us online or call our Cape Girardeau office directly at 573.335.3359 to schedule your initial consultation.