Your Recovery After a Car Accident Head or Brain Injury 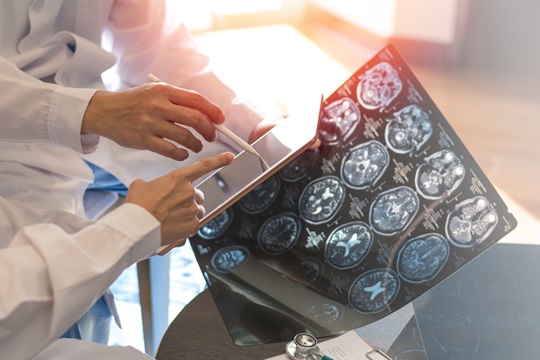 If you were hurt in an automobile accident, you might be facing a long road to recovery. Car crashes are, after all, a surprisingly common source of injuries, from cuts and scrapes to broken bones and burns. While a fracture may heal in a matter of months, other injuries have the potential to be life-altering. Head and brain injuries can be particularly debilitating, no matter their severity.

The Centers for Disease Control and Prevention estimate that 1.7 million Americans suffer traumatic head and brain injuries each year. Of these 1.7 million injuries, at least 17.3% are sustained in car accidents. This is because car crashes are especially violent events. Even a low-speed impact can subject the human body to forces it simply was not designed to withstand.

Head injuries usually come in one of two forms:

While open head injuries are often easier to diagnose than closed head injuries, neither is necessarily more severe than the other.

Car accidents can be responsible for many types of head and brain injuries. Common types include:

Some car accident brain and head injuries, like concussions, can resolve on their own. However, other injuries have the potential to be catastrophic.

Living With a Brain Injury

An accident can disrupt a person’s life in many different ways. However, most crashes are—if nothing else—costly. Even a low-grade concussion might demand a brief stay in the hospital and time away from work. You might be responsible for the costs of treatment, including:

You may also have to miss work for days, weeks, or months. If your injuries are very severe, you may never be able to return to your profession, putting your career and retirement goals in jeopardy. You may never regain full control of your motor functions and may suffer from impaired cognition. In a worst-case scenario, you may not be able to live independently, forcing your family to pay for in-home medical help or an assisted living facility.

The financial strain of a head or brain injury can drive even upper-income families into serious debt.

What to do After a Serious Head or Brain Injury

Whenever you are involved in an automobile accident, you should always try to take two critical steps:

People who retain an experienced Missouri car crash attorney obtain better settlements than those who try to negotiate with an insurer on their own. The Law Office of Layton & Southard can help secure damages for all the injuries you suffered, including:

Since Missouri does not cap possible damages in traumatic head and brain injury claims, the Law Office of Layton & Southard may consult medical experts to calculate the financial value of your claim, ensuring you have the best chance at the best recovery possible.