Recovering Compensation After Being Injured by a Drunk Driver 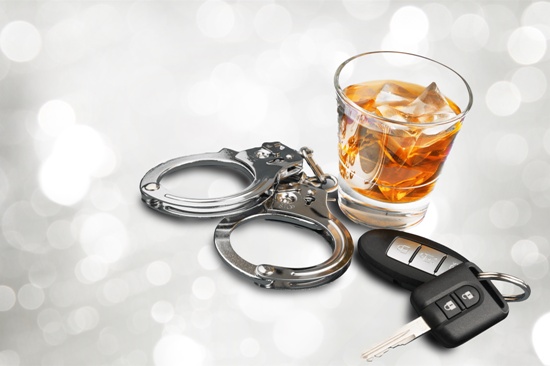 Hundreds of Missouri residents are killed by intoxicated motorists each and every year, while thousands more suffer life-changing injuries. If you or a loved one has been hurt by a drunk Missouri driver, you should not have to bear the costs of recovery alone. A personal injury attorney can help you win back damages from negligent drivers and their enablers.

In Missouri, people who were injured by a negligent motorist can file a personal injury lawsuit to recoup sustained and probable damages.

Of course, if the other motorist was apprehended by the police and charged with driving under the influence, you may be inclined to let the justice system do its work. However, a charge is no guarantee of a conviction—and a conviction, too, is no guarantee that you will receive restitution for your medical expenses, mechanic’s bill, or physical therapy. After all, the criminal justice system is designed to provide criminal penalties. While a judge may order the drunk driver to pay restitution, you are very unlikely to receive anywhere near the same amount you would get if you filed a lawsuit in civil court. And, even if the other driver manages to beat their DUI, you can still take them to civil court, where the standard for admissible evidence is considerably lower than it is in criminal court.

Drunk driving accidents tend to be more severe than other accidents because drunk drivers are often oblivious to their surroundings. Beyond that, alcohol impairs motorists’ reflexes, clouds their judgment, and makes it more difficult to navigate potentially dangerous curves, intersections, and roadways. Since drunk drivers do not pay as much attention to the road, and because they are not as able to react to sudden hazards, they typically cannot take the quick, decisive action needed to avoid an accident. This means that even low-speed collisions can be extraordinarily dangerous.

Strengthening Your Case After a DUI

Before heading to court, you should know what kind of evidence is most frequently presented in drunk driving cases. Your attorney will most likely request and evaluate:

Broadly speaking, your attorney will use the evidence they gather to establish that the other driver was drunk, that they caused an accident, and that they should be liable for it.

Naming the Defendants in a DUI Case

You might think that only the driver can be held liable for their own actions. However, some drunk drivers are enabled by others. In certain, limited circumstances, Missouri residents can sue the driver and whoever enabled their intoxication.

Under Missouri’s “dram shop” law, for instance, someone can sue a bar, restaurant, or another alcohol-serving establishment if they served liquor to a minor or to a visibly intoxicated person, and that person then goes on to injure or kill someone else. But, unlike several other states, Missouri does not have a “social host” law that permits injured persons to file a personal injury lawsuit against a private individual who served the negligent motorist alcohol at a private social function. This is true even if the drunk driver was a minor or visibly intoxicated.

However, Missouri can criminally charge social hosts who serve alcohol to under-aged people.

Taking Action After an Accident

You should always seek medical attention after getting into any kind of accident, regardless of whether you believe that you have been hurt.

If you are safe in the aftermath of a crash, call 911 if you suspect the other driver is drunk. The responding officer will evaluate the crash. If they believe the other motorist is intoxicated, they will perform a field sobriety test, which is a precursor to a breathalyzer or laboratory BAC check.

Even if the department does not press charges against the motorist, or if the prosecutor cannot secure a conviction, the police report can still be used as evidence in civil court.

Going to Court for Compensation

If the other driver was especially reckless or unusually negligent, the court might allow a request for punitive damages, which are intended to punish the defendant rather than compensate for any specific loss.

Missouri does not have any cap on damages in personal injury lawsuits. Cases involving drunk drivers can culminate in six- and even seven-figure awards.

You should contact an experienced personal injury attorney as soon as you are safely able to do so. A lawyer will help you gather evidence, interview eyewitnesses, and negotiate with your own insurance company. Your attorney will use the evidence they collect to build a compelling case, substantially boosting your chance of obtaining maximal damages. Bear in mind, though: Missouri has a statute of limitations for personal injury lawsuits, so time is of the essence. If you wait too long to take action, you may lose your chance at justice.